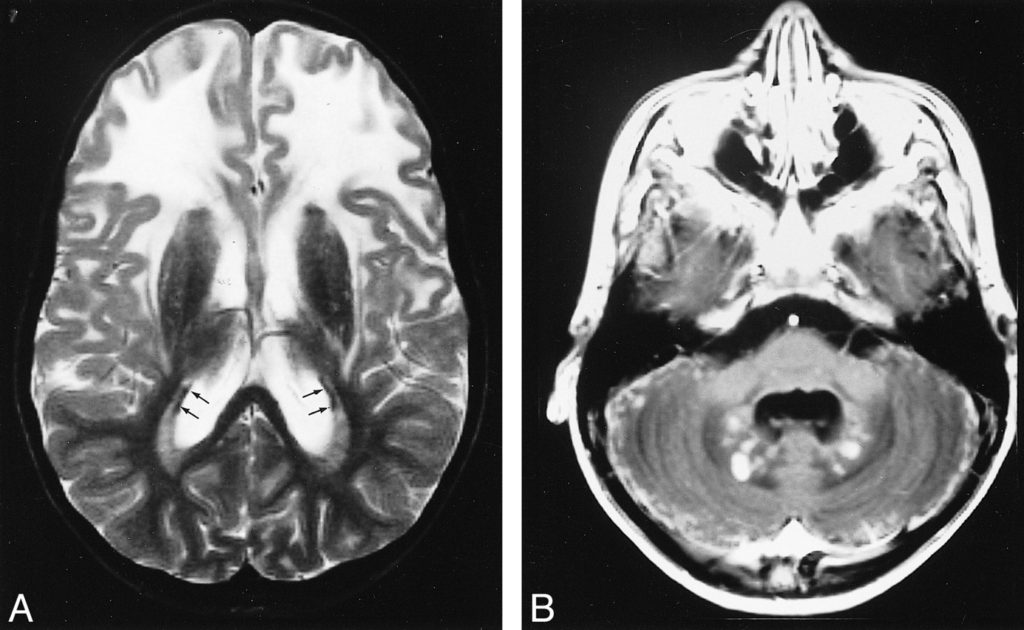 Alexander disease is characterized by destruction of myelin sheath. Myelin is a fatty cover over the nerves. It promotes effective transmission of nerve impulses and also insulates the nerves thus facilitating uninterrupted impulse transmission. It is an autosomal dominant neurodegenerative disorder which affects the sensory nerves and the Central Nervous system as such. Signs and symptoms of this disease are speech disorder, poor coordination (Ataxia), stiffness of arms and legs (spasticity), seizures, hydrocephalus and progressive impairment of functions nervous system. MRI scan will reveal the fact while phenotypic megalocephaly is an apparent mode of confirming diagnosis. As it is an autosomal dominant disorder, its possibility of being genetically transmitted across generations is higher. Specific treatment to targeted cells is an evolving field and those affected could not battle beyond 10 years of onset of this disease.